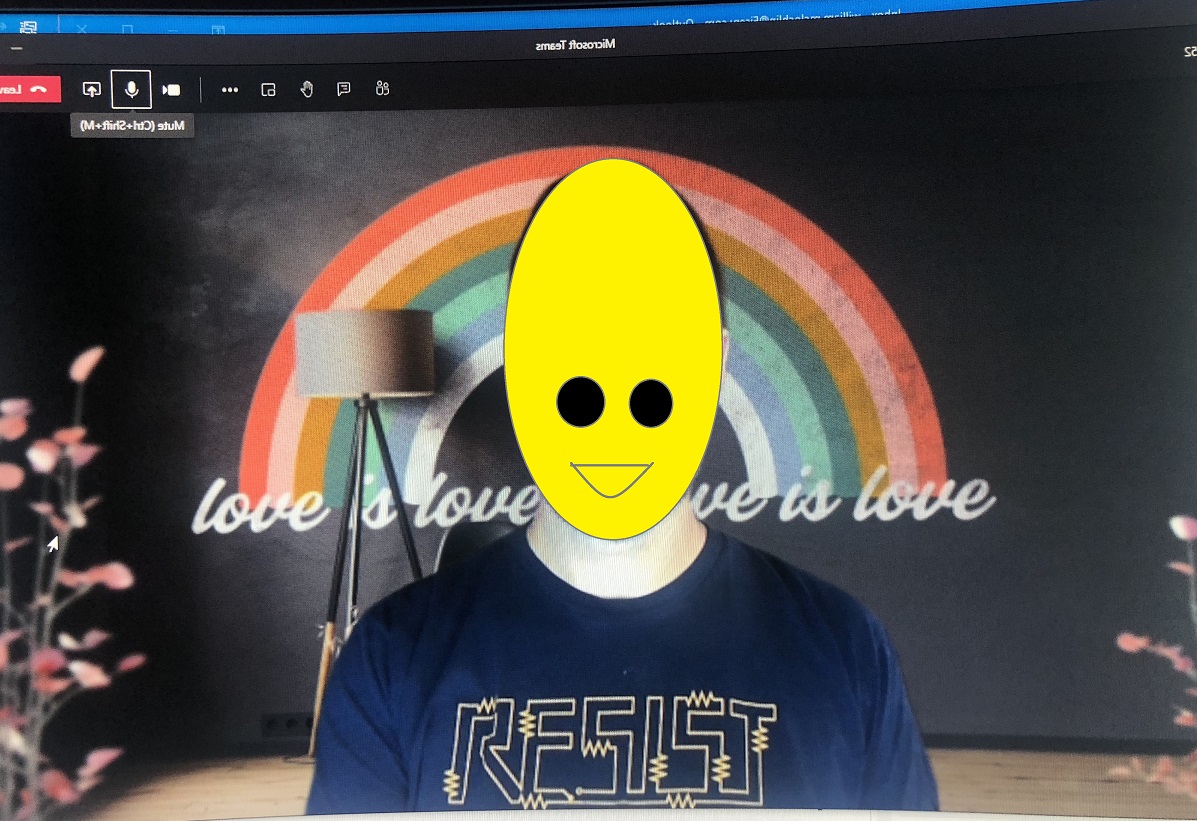 I probably didn’t put as much thought as I should have into my outfit or my Teams background today, and I may have outed myself on a work video call. Oops.

Because of the pandemic, my wife and I have both been working from home since March of last year. One of the best parts of working from home for me has been the ability to dress casual. I HATE wearing a tie, and even business casual, which was our in-office dress code, can be a hassle as I have to maintain a more strict laundry and dry cleaning schedule so I never find myself without something to wear to work or, even worse, find myself having to iron something to make it look presentable. Ironing is by far my least favorite chore, even behind cleaning toilets or poop scooping the backyard.

While the weather was warm early last year, I was wearing a t-shirt and shorts on a daily basis. It was great. And when the weather got colder, my shorts were replaced with track pants or sweats. My legs never appeared on camera, so I could’ve Winnie the Pooh’d it and only wore clothes on my top half, but I never did. I always had something on my lower half, just something very comfortable. I did make sure to shower and groom appropriately every morning, but I didn’t put much effort into my wardrobe since people were only seeing my head and neck (maybe as far down as my clavicle) on our video calls.

Well, I recently switched desks at home. I now have an electric desk that can transition to a standing desk, which is a nice change and hopefully a little more healthy than sitting eight hours a day. But the different arrangement of my workspace now allows a bit more of me to be shown on camera. I’ve also changed rooms–moving from our dining room to our unfinished basement–so I’ve started using virtual backgrounds on my calls so people aren’t forced to look at the framing and insulation behind me.

All of this led to today, when it was pointed out to me–in my last meeting of the day, after multiple calls with bank clients–that I may have outed myself as a flaming liberal with my t-shirt/background combo. Not that I care if people know that about me. I’m actually fine with people discovering that I care about other human beings, the environment, etc. But I suppose a Love is Love background and a t-shirt shouting RESIST could be seen as a political statement by some people.

In the end, nobody seemed to care. And who knows, putting my beliefs literally on the wall/on my chest might have educated someone just enough that they’ll avoid saying the wrong thing to me at some point in the future. Maybe that’s something I should be doing intentionally.

I wonder if Target sells a T-shirt that says “keep your racist, sexist, homophobic bullshit out of my face” or “don’t fall for the bullshit, we can change the world”. In the least, I suppose I could add that text to a virtual background so it pops up on the wall behind me.

If I did that, I wonder how long it would take before HR scheduled their own video call with me.